That Friday, shortly after 6:00 p.m., as a torrential rain poured into the courtyard of the public school, volunteers from the Les Compagnons de Chapteuil association were finalizing the last details of the meeting. Everything had to be perfect for the big return, after two years of absence, of the traditional soup festival. Thus, tables were regularly wiped, trays were prepared and eight evening soups were served. 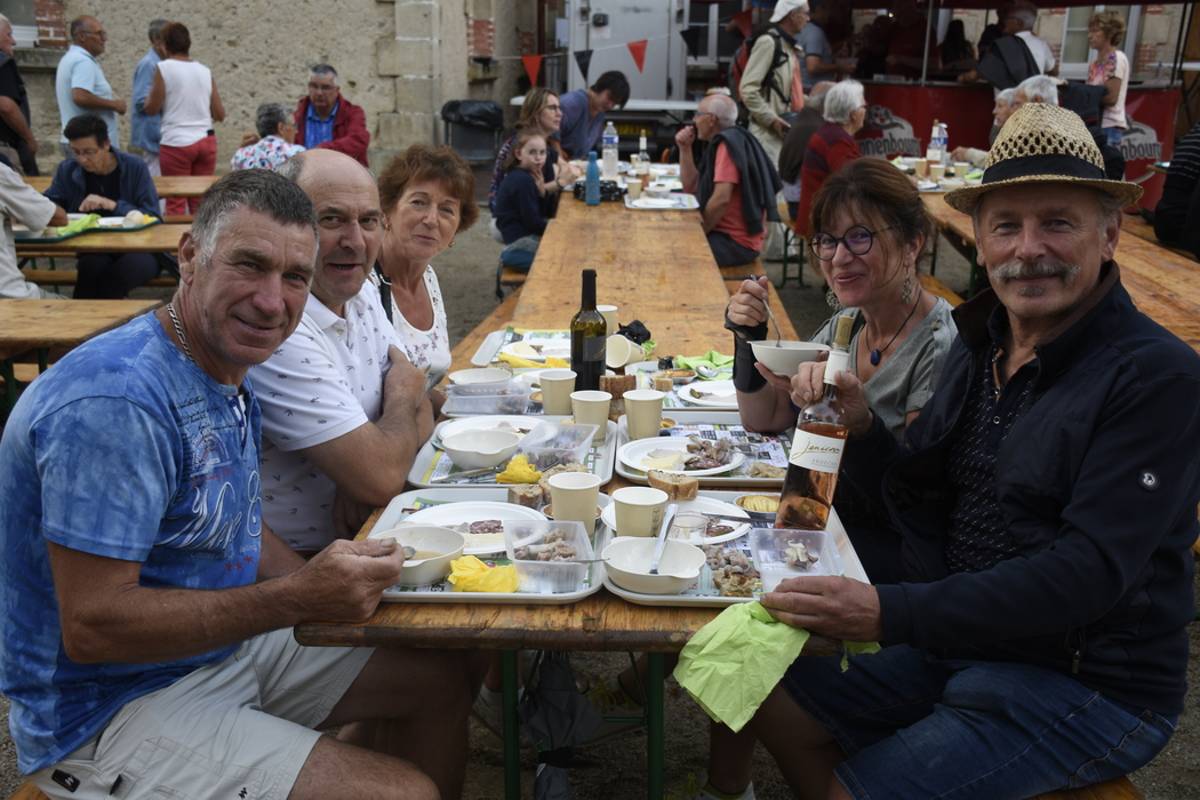 Gourmets gathered for the opening of the 16th Yushki Festival. Photo by Dominique Lemoine

“We try all the soups”

Well, almost. Laurent, one of the 80 volunteers who worked diligently since the beginning of the day, has not yet finished mixing his drug, that is, 120 liters, which after a few tens of minutes were distributed to visitors. “I made carrot soup with coconut milk and sweet potatoes,” he says. I like to come, the team is good.” 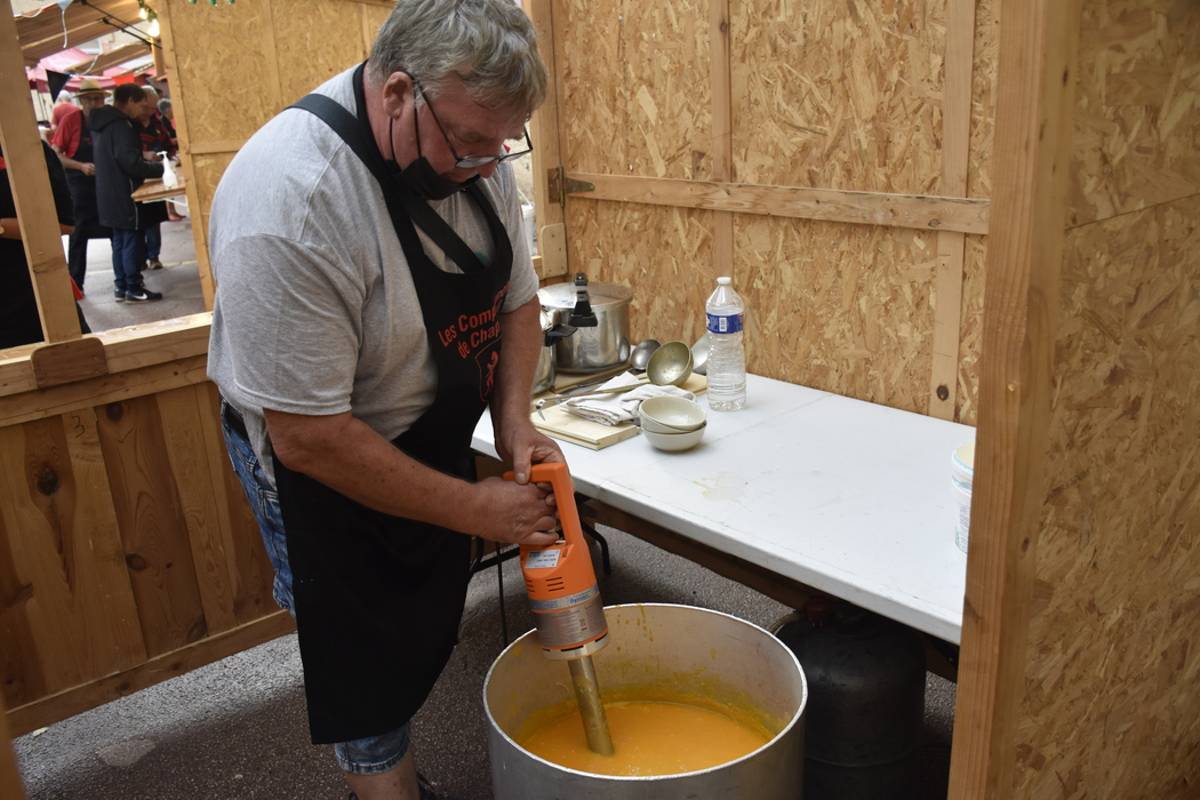 In a chalet nearby, Aline, a volunteer with the association for 18 years, waited for the start to serve a pearl barley soup prepared by chef Jean-Pierre Vidal (see recipe opposite). She also very willingly participated in this evening: “I like the friendship and the camaraderie that prevails there. People want to create social connections. 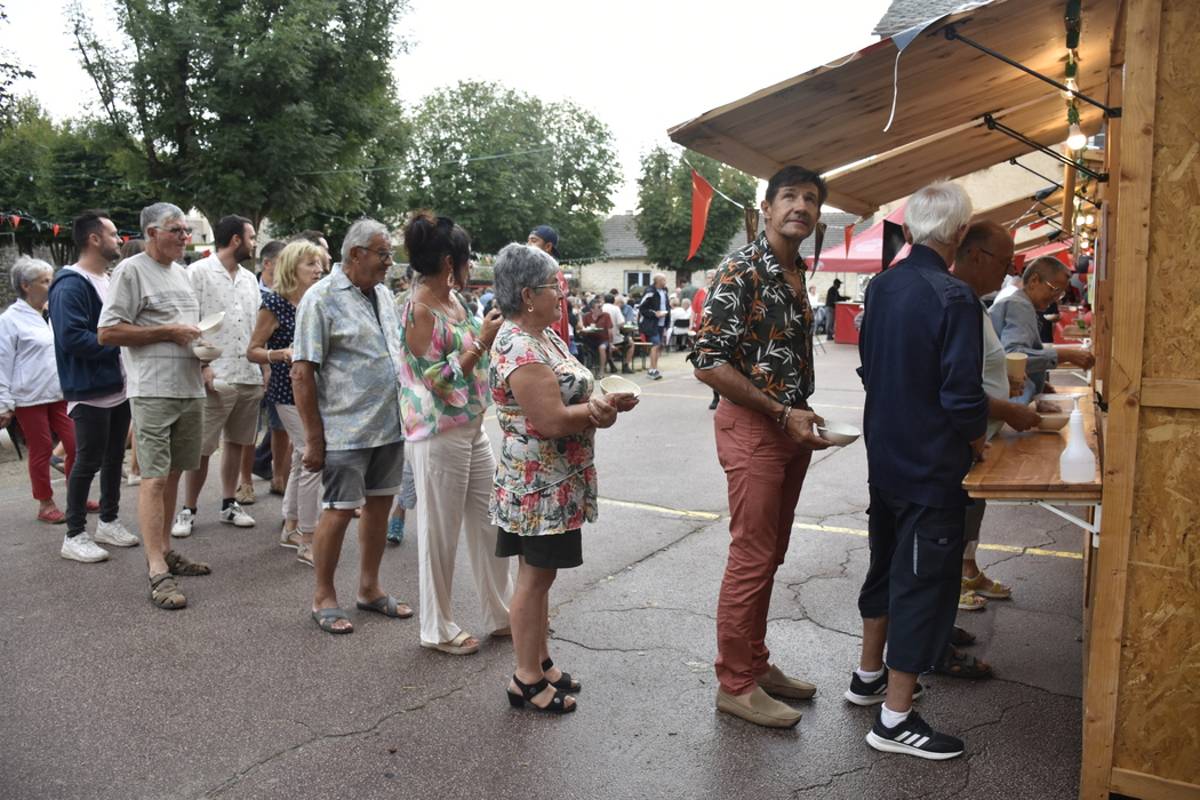 The visitors took part in this meeting with the same desire. An hour before the opening, there were many who braved the bad weather. Like Jean-Claude and his two friends, first in line. For almost two dozen years now, they are happy to come back to taste the latest novelties.
At 19:00 it was time to start the event. Then a wave of gourmands came crashing in, all with a bowl and a tray filled with butcher’s meat. “We have been coming for more than ten years. We missed it a lot, – say Jean-Luc and Roland, who came from Icinjo, like his four friends, in the middle of the tasting. They started with pearls, but they didn’t make it. We try all the soups.
The party lasted for several more hours, to the delight of volunteers and visitors. 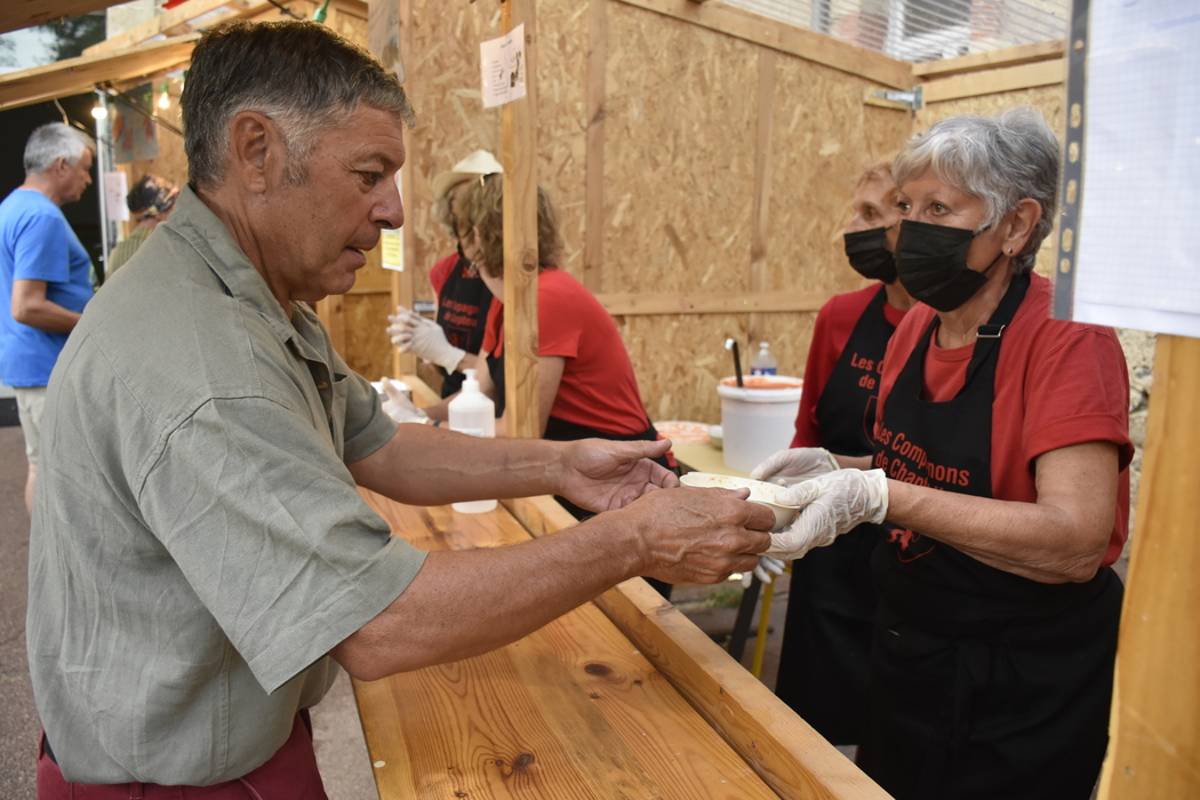 Disappointed, frustrated by the somewhat unexpected bad weather, they appreciated the fact that they waited for a sunny Saturday evening. To the offered soups Mont Rouge (made with beet), Tortue (white mushroom velouté), Peyre de Bard (minestrone soup) and others, some leftovers from the previous day were added, providing an even more varied selection. In such a friendly atmosphere, accompanied by DJ Jean-Noel Dalmazon, many festival-goers ended their evening on the dance floor to the sounds of popular tunes. 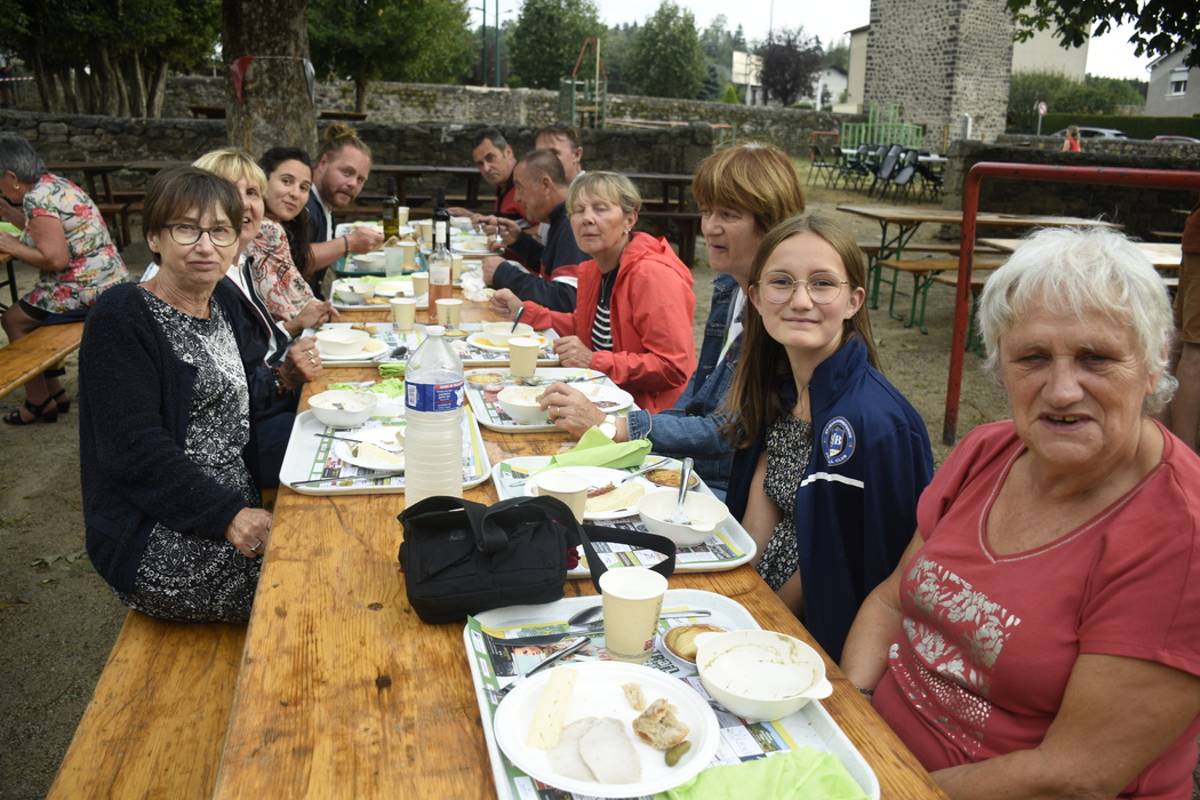 Martina’s image, many participants came with friends to share a friendly moment over a soup (or even a few). Photo by Dominique Lemoine

Receive our leisure newsletter by email and find ideas for walks and activities in your area. 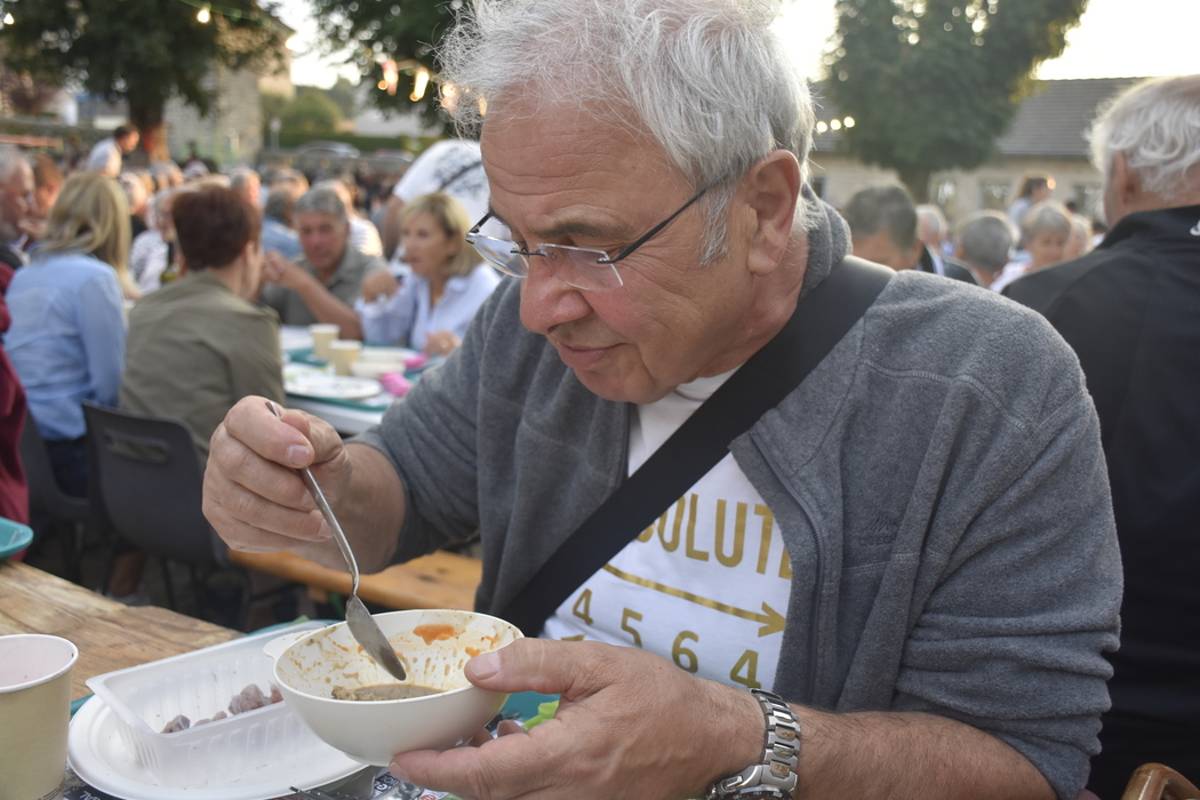 “I like the authenticity of the atmosphere,” admits Giuseppe, who set his sights on chestnut soup on Friday. Photo by D. Lemoine